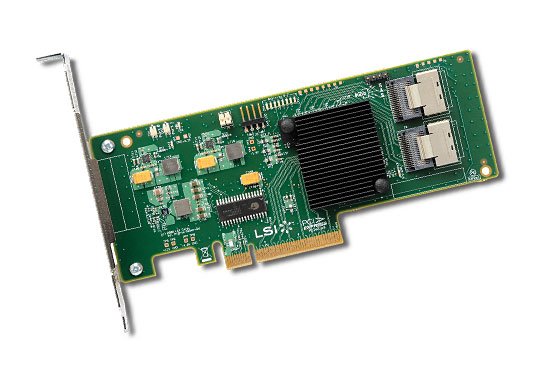 The IBM ServeRAID M1015 is an enterprise SAS controller that is very capable in a home server and can be had for around $100 on eBay.  It also uses the same chipset as the LSI9211, so you can flash the card with LSI’s firmware to take advantage of the following features:

There are many posts out there on cross flashing this card, including this one that I started from, but I wanted to include links to current firmware versions and more detailed instructions for users with EFI based motherboards.

Your card should now show up as an LSI adapter.  Don’t forget to install the latest drivers from the LSI download link above, and leave a comment if you run into any trouble.